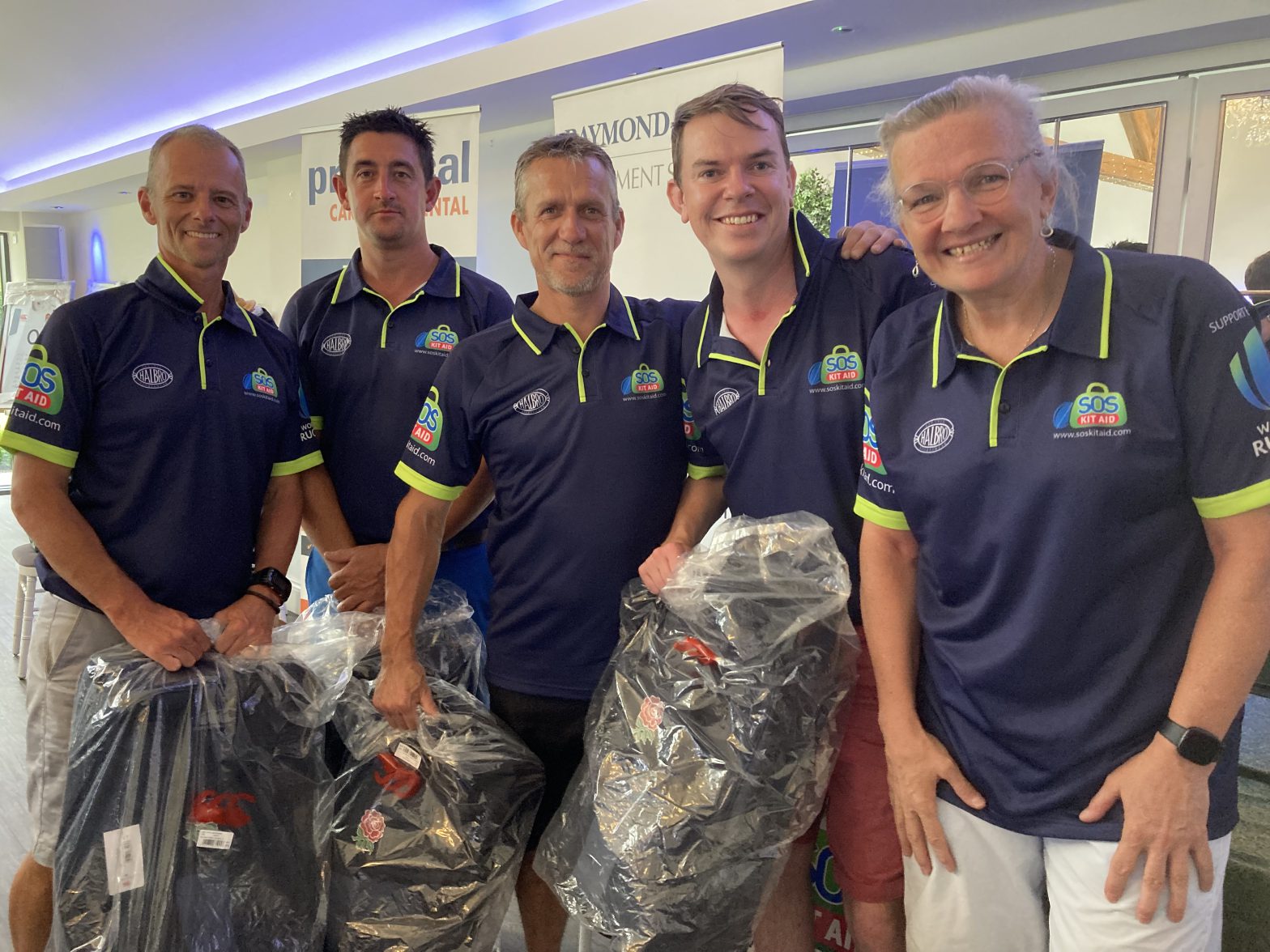 Last Thursday saw the first of our annual golf events take place, and this time it looked very different – that’s because our new partnership with Halbro Sportswear has taken off!

The golf event, which took place at Staining Lodge Golf Club in Blackpool saw a wide variety of teams come together, all in support of the Charity. There were 23 teams, who all enjoyed a wonderful game of golf, charity raffle, as well as the chance to mingle and enjoy the sunshine (unusual for the north west!).The winning team was from Raymond James Longridge ( Financial Advisors)  and the leading individual was Paul Whiston,  Chairman of Glossop Rugby Club Derbyshire – so a big well done to those!

Earlier this year we announced the new partnership deal between Halbro Sportswear and SOS Kit Aid, which sees the UK based sportswear provider sponsor the two annual golf events for the charity. And, whilst this is a new sponsorship, it is an extension of a long-term partnership between the two.

Andy Thompson, SOS Kit Aid Ambassador, who organised the golf event said, “Last week’s event was fantastic, and the support from Halbro has made an enormous difference. It’s great to have them involved.”

The Guest of Honour on the day was Gill Burns MBE, former England Rugby Union player, and World Cup winner (1994).  Gill took part on the day, as well as being part of the presentation celebrations.

Fergus Farrell, Head of Sales for Halbro said, “We’re thrilled to be working even closer with SOS Kit Aid. We share many of the same goals and values, and when you see the magnificent work they do , not just for the environment, but also how the donated kit affects people’s lives, we simply had to support them.” He went on to say, “I really enjoyed taking part in the golf last week. It was a great opportunity to catch up with everyone, and I was so proud to see the Halbro logo adorning the SOS Kit Aid shirts.”

This is the first of two sponsored events, with the next one taking place on 9th September at Kingsdown Golf Club, Wiltshire.