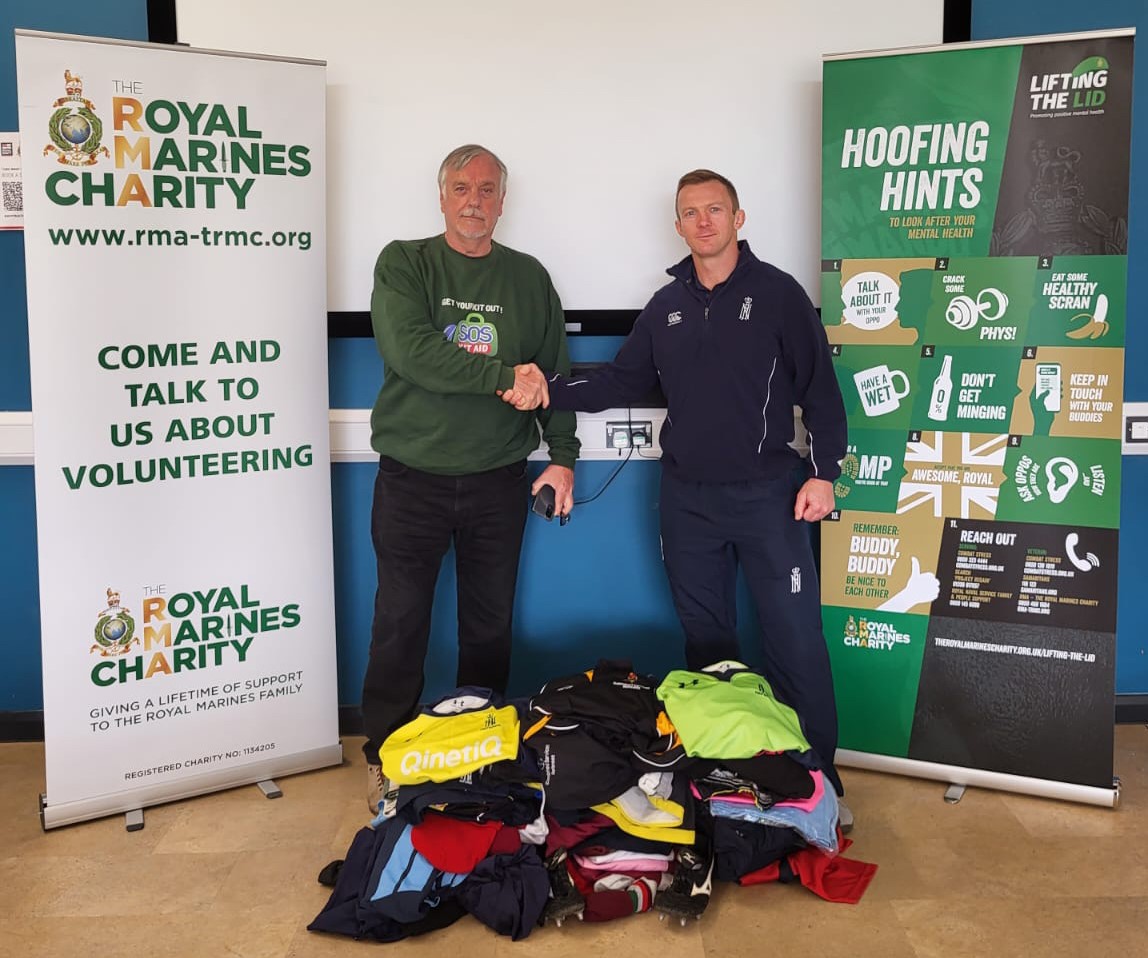 Phil Forgham, SOS KIT AID’s representative in Devon, recently had the pleasure of visiting ‘The Commando Training Centre’, also known as CTCRM, and which is the principal training centre for the Royal Marines.

Based at Lympstone in Devon, CTCRM selects and trains all Royal Marines Officers, recruits and reserves.

However, Phil’s visit was not for training purposes. He was there to collect a large stock of rugby kit from the ROYAL NAVY RUGBY UNION REFEREES SOCIETY (RNRURS).

Many thanks indeed to the RNRURS for their kind donation of shirts, shorts, and other assorted kit, and especially to Tom Evans-Jones (pictured), and Kevin Lewis and Simon Priestley, who organised the collection.

Unlike players, the referees of the Royal Navy Rugby Union Referees Society do not get capped, but are awarded their colours when they officiate as either referee, or assistant referee, at the Army v Royal Air Force ‘Senior Inter Service’ match, or in matches between the Royal Navy and the French Navy, the Marine Nationale, for both the men’s and women’s matches.

This donated kit will soon be on its way overseas to help disadvantaged youngsters learn to play rugby.