For futher information on how you can donate your old kit and equipment or even become a volunteer in Wales please contact:

“As ambassador for LV= SOS kit aid in Wales I am proud and honoured to support the chance to spread rugby, to youngsters from emerging nations. So they too can have an opportunity to take part in our great game.”

Jarrovians RUFC have made a contribution of 50 rugby shirts to LV= SOS Kit Aid. Thanks to Dave Farrell and Tony Farrell (Dave’s son who is pictured below donating the kit) from the North East club for organising the donation.

Skewen and Welsh Schools Donate to Botswana for Independence Anniversary

Not only are Skewen RFC developing grass roots rugby at a local level, but, also contributing to developing rugby in Africa.

The club recently donated 7 sets of rugby shirts to SOSKitaid, a charity that recycles rugby kit and sends it to developing nations in order to let disadvantaged young people to play the sport.

Most of the kit will form part of a delivery that contains 50 boxes of unwanted and recycled kit from clubs & schools across Wales that will be distributed to schools by the President of Botswana as part of its 50th anniversary of independence in September.

The photo 1 shows Team Manager David Kingdom handing over the kit to SOS volunteer Alan Jarrett and photo 2 shows first secretary to the High Commissioner for Botswana in the UK, Mr Omolemo Selato receiving the delivery from SOSKitaid DIrector in Wales Ken Thomas.

David Kingdom – “We tend to have a new sets of kit every year and with a strong junior section it means that we have a lot of kit left over.We are glad to see it put to good use.”

Ken Thomas – “As a charity we have recently built an ongoing relationship with the Botswana High Commission who are very grateful for all donations. Rugby is a fairly new sport in that country and we hope, through the links, to build ongoing contacts between the donors and recipients in future.”

SOS Kit Aid covers the vast majority of Wales but is based in Swansea. The UK wide charity has recycled and estimated £1 & 1/2 million of kit during its 12 year existence. 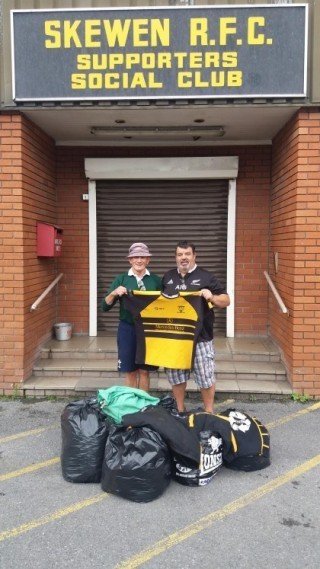 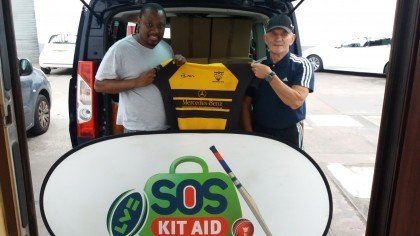 Thank you to the following clubs for their recent donations of cricket and rugby kit in Wales:

The final photo (below right) is one of many SOS Kit Aid beneficiaries. This is a child in Rwanda wearing kit donated to him by SOS Kit Aid, a shirt that was originally donated by welsh rugby club Bryncoch RFC. 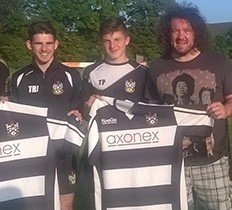 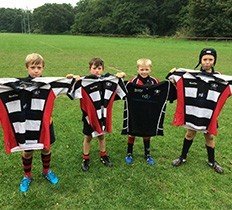 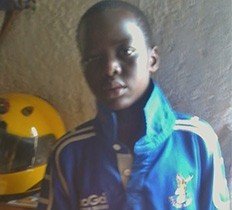 A big thank you to Pontypool Juniors for their fantastic donation of kit this October. 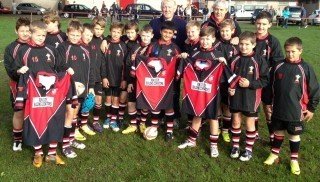 Here is the Under 11’s team with ambassador Graham Price and Ross Williams (Chairman of Ponytool Schools).

Nigel is currently the WRU National Match Officials Manager and has been a regular donor to the charity over the past few years.On a recent visit to the Charity’s new storage facility in Swansea, Nigel agreed to become an Ambassador.

The photo shows Nigel donating some of his own kit including shirts worn during last year’s LV= Cup.

We also welcome two new volunteers in Wynne Jones and Eifion Rogers to the team. This now increases our volunteer base to 15 for the principality.

Cricket kit has also started flowing into our storage with contributions from Glamorgan County, Ebbw Vale and Abergavenny Cricket Club.

Strong first half to 2012 for welsh region

A big Thank you to Ysgol Gyfun Gymraeg Glan Taf for their donation of over 100 rugby shirts to LV= SOS Kit Aid. Hope you all have a great summer break and resume your kit recycling in September.

Thank you also to TATA Steel RFC, Port Talbot and Skewen RFC as they each donated 3 sets of rugby kit.

LV= SOS Kit Aid in Wales have also teamed up with the Llanelli Rugby Business network, who have adopted the charity as their partner. Welsh director Ken Thomas and Alan Jarrett attended the first Anniversary celebration evening at Parc y Scarlets and are plreased to announce that ex Wales Scrum Half Rupert Moon, current Scarlets Captain and Wales cap Rob McCusker and Fiji and Scarlets prop forward Deacon Manu have all thrown their support behind the charity.

Pictured below is Ken Thomas and Alan Jarrett with Rob McCusker and Deacon Manu.

Rugby clubs in Wales have already been very busy in the New Year, where no fewer than four clubs have made rugby kit donations already.

The clubs to have made donations in 2012 so far are:

A huge thank you goes to both Bridgend Cricket Club and Ebbw Vale Cricket Club for their very generous donations of cricket kit and we hope this is the first of many from the Welsh region.

October also saw two major rugby kit donations in Wales, with Newbridge RFC and Pontypool Juniors the latest to give their unwanted rugby kit to LV= SOS Kit Aid and help provide youngsters in the UK and overseas with the opportunity to exercise and play sport.

LV= SOS Kit Aid would like to welcome a new volunteer to the Wales region, Nick Pepper. From Ebbw Vale, Nick is a keen sportsman and has played football rugby and cricket for teams in the local area.

Moving on from a successful year that saw Wales SOS send 3 deliveries to Swaziland, Kenya and Ukraine. We are looking forward to the challenge of increasing our deliveries this year

A big Thanks to Tondu RFC, Crumlin RFC and Trebanos RFC for their contributions that will help us start the New year on a sound footing.

A huge thank you to you all from SOS in Wales

Barry Island School gets in the Recycling Habit

Wales regional co-ordinator (Cardiff) Owen Price (right, he’s the big fella in the middle) receiving the kit from some of the pupils and their teacher.

SOS can use any sports gear, as long as it is in a reasonable condition and can be used for playing rugby.

Thanks to Barry Island Primary School. 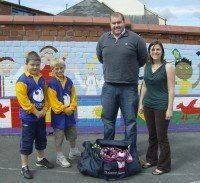 We have many current and ex Welsh players supporting us in Wales, a referee and a number of businesses who help us in our efforts to recycle kit and equipment for the benefit of others.

Other supporters in Wales

Thank You to all the clubs & Schools who have supported LV=SOS Kit Aid in Wales with their kind donations.

Other supporters in Wales